No need to become obsessive... 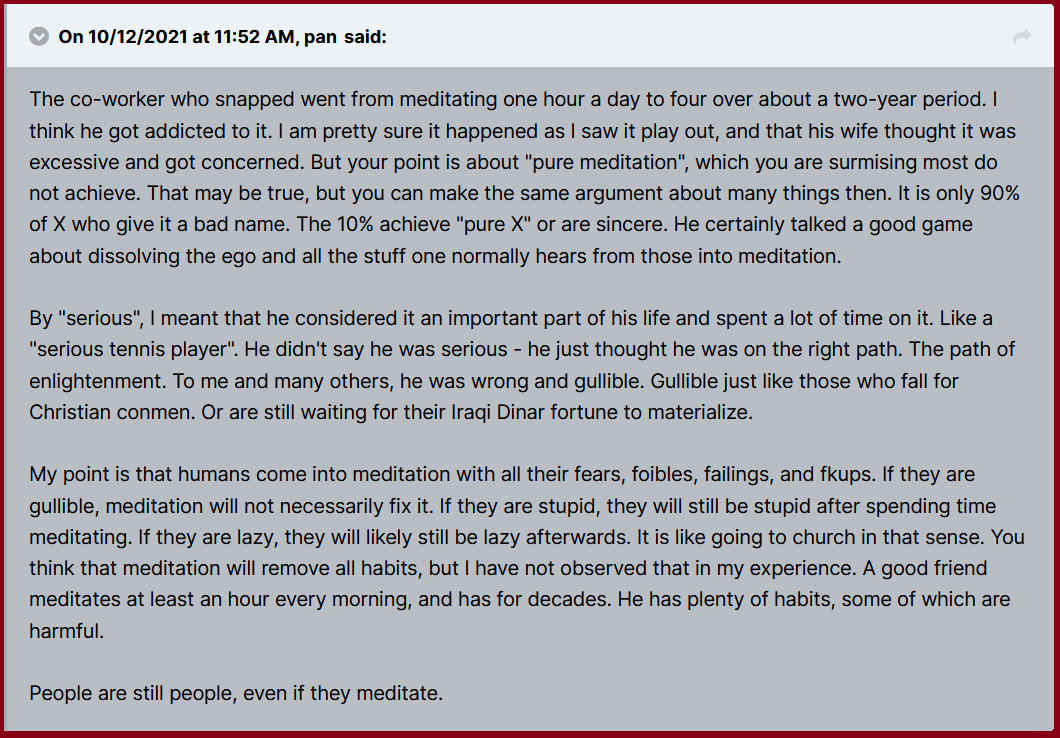 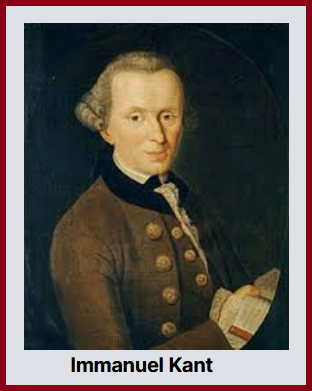 There are many stories about Immanuel Kant. He became obsessive about regularity; it became a madness. He had a fixed routine, so fixed, second to second, that if somebody, a guest has come, he will look at the clock and he will not even say anything to the guest, because that saying will take time -- he will jump into the bed, cover himself with the blanket, and he has gone to sleep and the guest is sitting there. The servant will come and say, "Now you go, because that was his time." The servant became so atuned to Kant that there was no need to say, "Your food is ready," and no need to say. "Now you go to sleep." Only the time had to be said. The servant will come in the room and say, "lt is eleven o'clock, sir." So he will follow immediately because there was no need to say anything. He was so regular that the servant became the dictator -- because he will always threaten him, "I will leave. Raise my pay." immediately, the pay has to be raised because another servant, a new man, will disturb the whole thing.

Once they tried also: a new man came, but it was not possible, because Kant was living second to second. He would go to the university; he was a great teacher and a great philosopher. One day the road was muddy and it was raining, and one of his shoes got stuck in the mud -- so he left it there. Otherwise he will be late. So he went with one shoe on. It was said in th e university area of Konigsberg that people looking at him would fix their watches, because everything was absolutely clock wise.

A new neighbor purchased the house adjacent to Kant's house and he started planting new trees. Every day at exactly five o'clock in the evening, Kant used to come to that side of the house and sit near the window and look at the sky. Now
the trees covered the window and he could not look at the sky. He fell sick. He fell so sick... and the doctors could not find anything wrong with him, because he was such a regular man. He was really tremendously healthy. They could not
find anything; they couldn't diagnose. Then the servant said, "You don't bother. I know the reason. Those trees are intruding on his regularity. Now he cannot go to the window and sit there and look at the sky. Looking at the sky is no longer possible." The neighbour had to be persuaded. The trees were cut, and he was okay; the illness disappeared.

But this is obsession. No need to become obsessive.

Everything has to be done with understanding.

The Alpha & The Omega: The Yoga Sutras of Patanjali, Vol 5, Chaper 5