If there ever was an image that explains the riots in South Africa, this is it.

In this image we have every type of item from every type of store, plus a lot of the drywall from the structures that are not even in the pictures strewn about like trash, while a semi trailer is open and finished being looted as the front trailer, which they cannot get into, is being ripped into from the top.

Click this image, it is very detailed and if you scroll through every bit of the image at full size you'll see there are over a hundred people there digging through the scraps on the ground. What a sight. 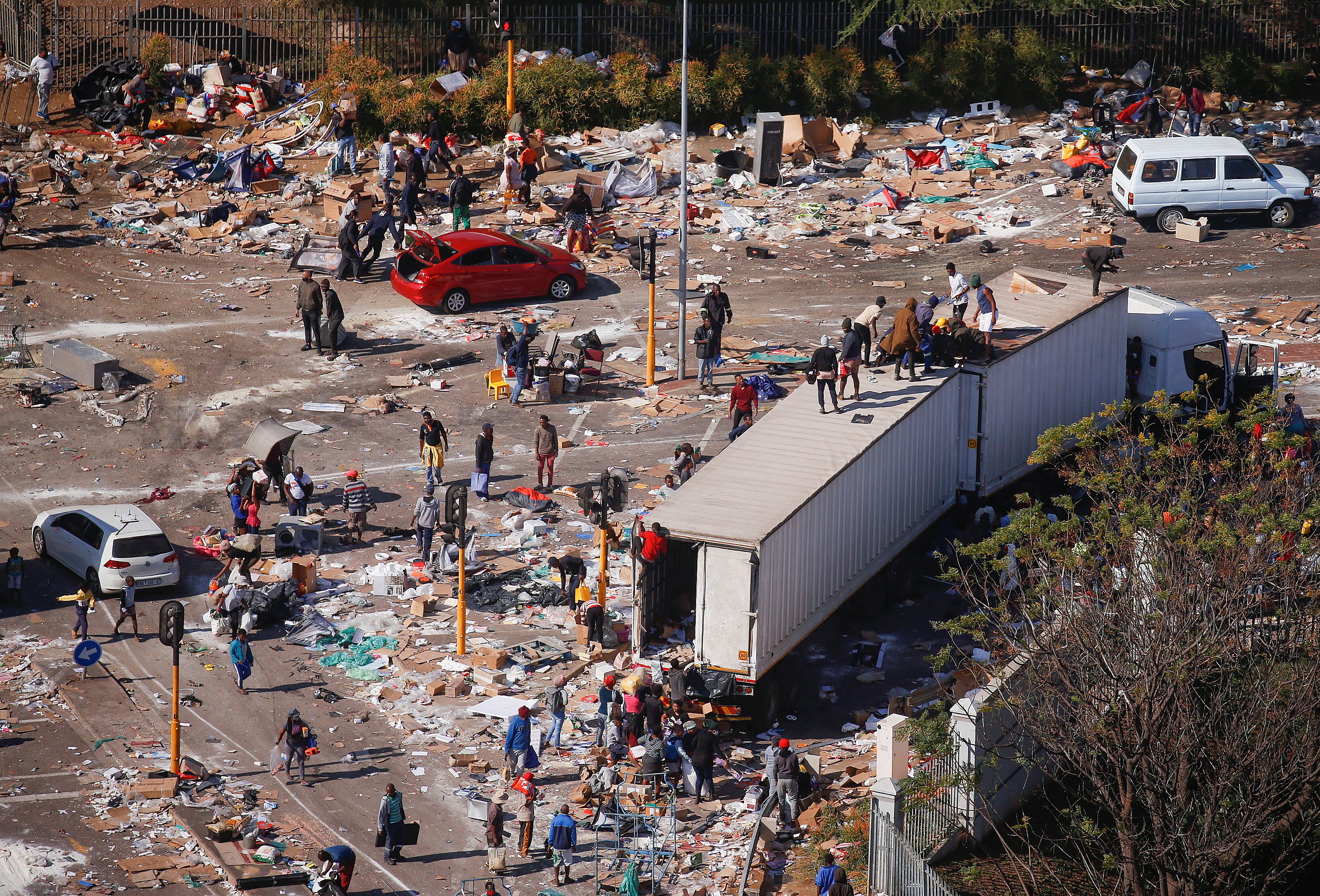 South Africa is not all black. There are lots of whites, Asian Indians, and Chinese. LOOK WHO IS IN THE PICTURE, 100 PERCENT. They supposedly did this to "get even with whites and Indians" regardless of what the media has said about a political uprising, The political uprising is a lie to excuse what happened, my sources say the riots were racially motivated and were black on white/Asian Indian/Chinese.

25 percent of South Africa IS NOT BLACK. Pointing out who is in the photo is not racist, the facts simply are what they are. If this really was politically motivated, there would be more groups represented in this photo.

SO NOW, THEY ARE STARVING BECAUSE THEY DESTROYED THE STORES THAT FED THEM AND ARE OPENLY CONSIDERING CANNIBALISM TO EAT. THAT IS CALLED PLANNING AHEAD!!! They took a perfect, beautiful country WHITES built and trashed it totally HOW QUICK??? Africa is "Africa" for a reason and saying so is a simple fact. Facts are not racist, they just are what they are.

And a little known item is that THIS is the result of "critical race theory", the Jews used South Africa as their test bed for the United States. I don't think it is going to go this well in the United States, because in the U.S. if the riots do kick off like this it will be limited to their neighborhoods. The riots in South Africa screwed over EVERYONE.

Where is the food going to come from now? I bet they did not think of that!!!


Advertisement
Natural Cancer Remedies
You can treat cancer more successfully than most doctors!