Can You Hear Me Now? OMG!


Can you imagine... on vacation looking for shells at the beach and find THIS instead! 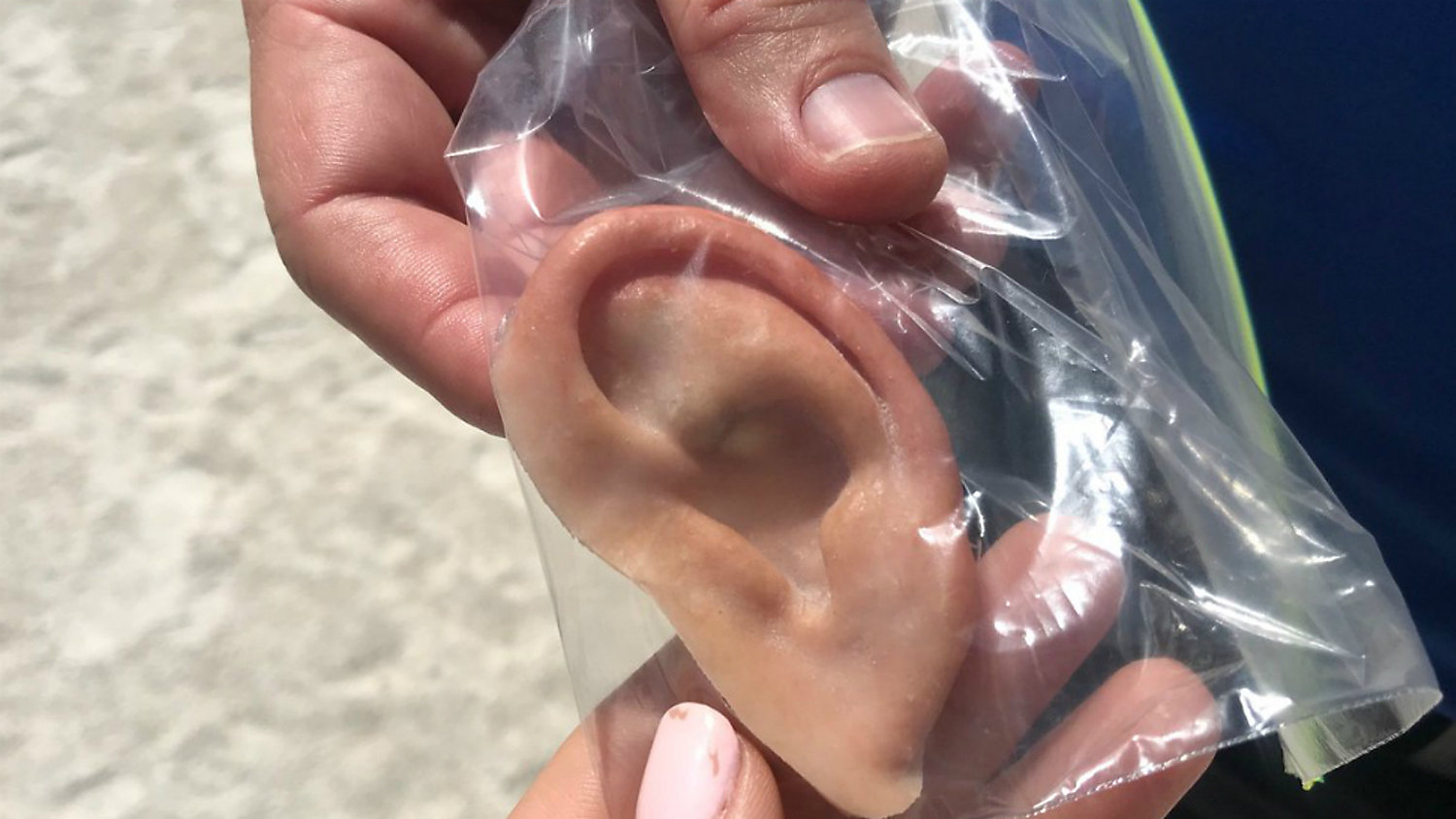 "Missing an Ear? Holmes Beach PD May Have It

MANATEE COUNTY, Fla.  Officers in Holmes Beach have stumbled upon all kinds of things over the years.

Dozens of Cell Phone s, watches, even jewelry. That was until last Saturday when a resident handed them the oddest discovery yet, an ear.

"It was just on the sand, it wasn't buried," said Chief William Tokajer of Holmes Beach Police.

The prosthetic ear was picked up and placed into a plastic bag by someone who stumbled upon it. Then it was handed over to a detective with Holmes Beach Police.

The ear, they say, doesn't have any type of identification number on it.

Detectives have contacted numerous prosthetic companies that make ears, hoping that maybe someone has reported theirs lost and could lead them to the rightful owner.

As of Wednesday, they haven't received any calls of anyone looking for an ear.

"Hopefully the owner of the ear can give us a ring and we can get it back to them," Tokajer said.

If you have any leads on who this prosthetic ear belongs to, please contact Holmes Beach Police."
https://www.baynews9.com/fl/tampa/news/2019/06/19/resident-finds-an-ear-on-holmes-beach- Tweet
All of my messges on this board     All of my messges anywhere