Man, I apologize for taking so long to get back to your post. Also, you have awesome grammar! Sorry but, I'm a bit of a grammar snob.

I tend to compliment people who possess the patience and a keen eye for their typing. Welcome to the U.S. I have a friend that lives in Cebu City and she is pretty much aching for me to visit. I hear that--despite the unbearable weather at times--it's like a paradise in certain areas over there.

But, here are my answers to your questions.

1) I think N.J. does have fluoridated water. However, the water in New Jersey is definitely not as well controlled as it is in New York for some reason. I know people that have homes in New Jersey who have purchased home filtration systems for their homes. In short, New Jersey water is definitely NOT the best, and I'm sure it won't be ideal for someone with EC. However, I live in an old building so, you are not really guaranteed super clean water regardless of where you live. But you can try brushing & rinsing your mouth out with distilled water if you feel like the water is a concern.

It is not so bad to get the lips wet. I always showered normally when I had full blown EC. The skin will eventually fall off anyway so, sometimes the water aids in that. I don't think having that dead skin on your lips for a long time helps either because it begins to decay at some point.

You know, I did the whole using a straw bit for drinking and brushing my teeth and honestly? I felt like a damn mental patient doing that. In other words, it just added to the mental burden of having EC and I just stopped doing it within a few days.

Yeah, I still kept getting minor buildup when using Bepanthen. I didn't notice much with the probiotic pearls at first but, they somehow helped with that red inflammation lining in the mucosa that I mentioned. I wish I would have taken a picture of it when I still had it but, I no longer have that red lining in my mucosa. I feel that the red lining plays a huge role with EC. Inflammation is referred to as "hyperkeratosis" in the medical world.

I applied Bepanthen to my lips whether they were raw & red or not. Bepanthen is a great moisturizer but, yes, it can dry your lips out a bit as it also happened to me. You can also try coconut oil. I use the Nutiva one which is extra virgin & cold pressed. The coconut oil will most likely be absorbed though so, it won't last long on your lips.

2) Yes, I would DEFINITELY recommend oil pulling whether you have EC or not. It truly does work. I practically gave my dental hygienist an ogasm when she saw my teeth after I have been oil pulling for a month. I no longer oil pull as I used to but, when I did I used sesame oil.

The one I used is below. It is available on Amazon.com. (Your super ally for unique products to obtain in order to battle EC) 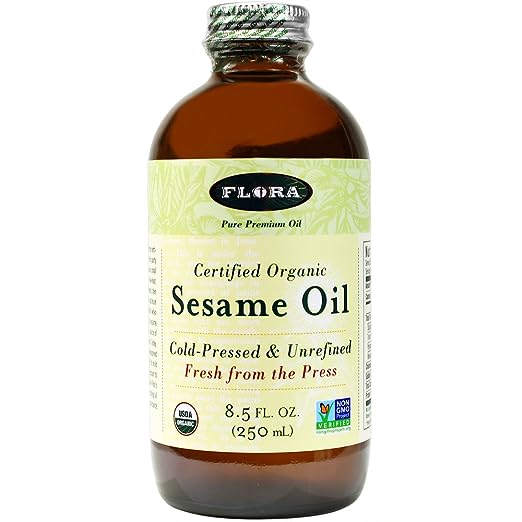 These are some oil pulling pointers that I have discovered:

Sesame oil: this oil is mostly good for inflammation

Sunflower oil: this oil is a more generally purposed oil for oil pulling & is the more popular one to use

Coconut oil: this oil is mostly good for its antibacterial properties. However, do not spit it out in your sink afterwards because it will clog your pipes.

I alternated between the sesame and coconut oils, but only use one when you're doing an oil pulling session. It just allows for the full benefit of the current oil being used. You only use a tablespoon amount and swish rigorously for 20 - 25 minutes. DO NOT swallow, not even a drop. I swear that I swallowed a little bit by accident one time and I got an instant sore throat that lasted for 3 days. That freaked me out but at the same time reassured me that something was indeed taking place.

No, I did not oil pull when taking the probiotics. I just kept forgetting to do it amidst my crazy schedule. I should go back to doing it though. It did work well for me.

3) Well, Bepanthen was the turning point in my battle with EC but the Probiotic Pearls were the game changer. I was fasting while taking them also, not because I wanted to but more because my job is so damn stressful that I didn't even have time to eat. So I usually ate like only one meal in a day while taking the probiotics. I don't take the probiotics as often as I used to anymore. However, the red inflammation lining went away during the course of taking the probiotics. Remember that those Earth Pearls are a timed release probiotic so, they really get deep into your digestive system.

The red inflammation lining is a part of your lips that look like tiny bright red veins in your lips when looking at them closely with a flashlight and a mirror. That diminished greatly in a few weeks & then went away completely after a couple months of using the probiotics pills.

I don't think the calendula, vitamin E, etc. really worked for my EC in the past because I still had pretty bad EC while using them. They aided in my overall health, yes, but when using them for EC directly, they just did not work. Bepanthen and the Earth Pearls were where the battle with my EC was going to turn for the better.

4) My theory for why doctors can't solve this condition is mainly because they don't want to put the effort into it. EC probably affects a few thousand people worldwide. So, it isn't a common enough problem to devote resources towards. That is my main theory to it in regards to the medical world. Also, aside from it being an isolated case with each person, I think EC is a combination of a type of: digestive imbalance, trauma, autoimmune, bacterial infection. Let me explain those things in more detail based on my theories and my own experience with EC.

Digestive imbalance: given my success with the timed release probiotics, there is definitely some type of digestive imbalance. I suspect yeast because A) I had a culture done years ago that came back positive for excessive yeast. B) If left uncontrolled, excessive yeast can cause a lot of problems in the human body. C) Some people have reported EC after taking particular types of antibiotics which wreck havoc on your digestive system.

Trauma: caused from excessive biting, picking, peeling. Causes damage to underlying mucosa/blood capillaries which then exposes them and causes them to become infected. Teeth have a ton of bacteria on them so, biting your lips deep only introduces that bacteria in there. As a matter of fact, the German Bepanthen I posted is a wound healing ointment. The translation of "wund-undheilsalbe" is, "wound and healing ointment."

Autoimmune: what some people may not know is that some yeast can actually use keratin as a food source. So as your body is trying to repair your lips, the uncontrolled yeast is in there feasting on it and making your body attack the cells because it is trying to control the yeast. It's like a cop shooting at a suspect with people in front of him. So, in trying to eliminate the bad, you sacrifice the good as well. Unfortunately, the body has no problem in sacrificing other cells in order to try to remove a threat.

Bacterial infection: when I first got EC my lips grew corn flake type skin which was green and smelled like decay under my nose. This was by far the absolute worst parts of my EC. It was like some other worldly thing. I'm pretty sure it was a secondary infection caused from the exposure of my lips being open from me biting them until they bled. I did take antibiotics at one point that killed off the secondary infection. So, after a while, the skin buildup would look white or kind of tan but no longer green or bruised.

5) Actually? Yes, I stayed away from ALL SLS products. I began using different soap & shampoo. I have always dry shaved with an Andis outliner so, I don't use shaving cream. I only recently began introducing SLS back into my overall personal hygiene in the form of shampoo and toothpaste because my lips are at a point that they don't appear like they are really affected by it. However, I really like the Tom's of Maine Botanically Bright toothpaste so, I continue to use it.

6) I don't know when I got sick. It pretty much creeped up on me from my high stress levels at work. I am really trying to control my emotions at work though. As a matter of fact, I spend most of my energy in trying to stay calm. I'm currently a truck driver so, I'm sure that speaks for itself. I bet the traffic here is like a cakewalk compared to the traffic I have heard about in the Philippines but, I tell you, I wish I had $1 for all the stupid things people do in front of my 80,000 pound capacity 18-wheeler!!!!

I hope I gave you a clearer understanding to what you wanted to know. I'm sorry for the late post, I'm just super busy at work and I usually spend my free time resting and catching up on life!

Oh and by the way, my lips are good again after the sickness past. It took like 3 weeks but, here I am again with no buildup, no tightness and my lips looking/feeling normal again. Like I stated before, this is definitely more of an autoimmune/immune/digestive thing for me personally.