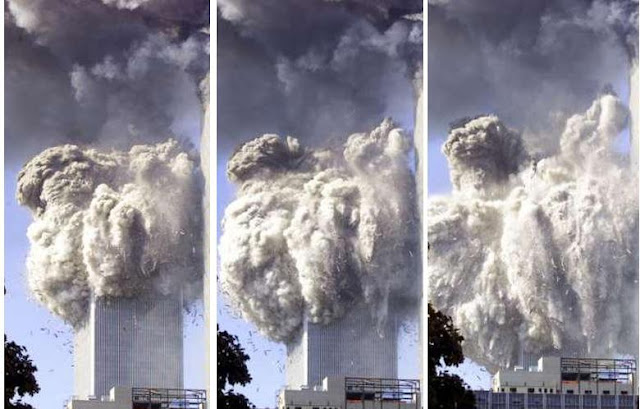 Rense: Yeah, I want to also, while we’re doing this, commend Dr. Ed Ward [click to listen to 2007 interview - EWard_9/11/07.mp3], who was really the first person to stand up & make the connection with a nuclear-shaped charge, and Ed deserves an awful lot of credit for that. Well done Dr Ed if you’re listening.

This is now to a point where the only people who don’t care, or have no brains, could deny that that building didn’t turn to dust from some kind of explosive charges laid out on every floor. It just doesn’t happen.

Dr. Ward is a medical doctor in New Orleans, LA, and an independent 9/11 researcher. He believes that our government used micro-nukes as well as conventional military explosives (themite) on 9/11.

"The US has had demolition micro-nukes since 1958 and 1967. Out of the approximately 3 billion pounds of the World Trade Center Buildings 1 and 2, about 2 billion turned to dust and spread around Manhattan. It was anaerobic combustion. There are 3 huge craters at the WTC, 250’ wide by 35’ deep at WTC 1. There was a pyroclastic flow at WTC 6 and the crater there was 45 to 60’ deep and 120’ wide. Trace tritium levels were documented by the Dept. of Energy 55 times higher than normal background. Geiger counters were not allowed for the first 72 hours. Dr. Ward believes the Twin Towers came down as a result of thermite C-4 military explosives and nukes. There were 10 war games going on on the morning of 9/11 that involved planes flying into the WTC. He recommends the following websites: www.thepriceofliberty.org- go to archives and links. We need to wake people up. There is Neur0-Lingual Programming- i.e., brainwashing- going on, using the Delta Technique- it’s a psychological ploy. 9/11 was also a Psy-Op. There was another FEMA coup in New Orleans. FEMA cut the phone lines. Dr. Ward was in New Orleans during the Hurricane Katrina disaster and relates his amazing story. He regards this event as a government exercise in moving large populations. He believes the government is responsible for orchestrating the Hurricane Katrina disaster as well as 9/11."