What triggered a whole market based around ‘gluten-free’? 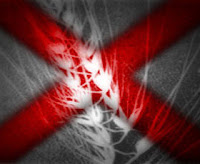 As I’ve reported before, it’s not just some new food fad; gluten is actually making people all kinds of sick and slowly killing others.

Wheat, a major source of gluten, also happens to be the the number two food subsidized by our government; it’s grown all over the place and put into a large majority of our foods. Studies have shown that back in the 1950s, one in around 5,000 people might have a severe and potentially deadly allergy to gluten known as Celiac’s Disease; now it’s more like a staggering one in 133.

In short, in 60 years, here’s what Celiac Disease figures look like by the decade in America:

Population increase alone cannot come close to accounting for such a vast difference.

Many more people who do not have full-blown Celiac disease may suffer from harmful gluten intolerance issues as well; estimates show as many as 18 million Americans suffer from gluten-derived health issues.

People who get sick eating gluten do so because the protein triggers an auto-immune response that causes the body to attack its own intestinal lining. When that happens, any one or more of 200-300 different symptoms can occur, as the body stops being able to absorb its nutrients properly. This can end in so many diseases…and, ultimately, death.


What has happened to our food that so many people who eat it are getting sick enough that large numbers of us require whole entire stores dedicated entirely to removing an ingredient that just so happens to be found in the majority of foods in our country…?

The clip below includes an excerpt from a 1960 U.S. Department of Agriculture short film “Miracles from Agriculture” which might shed a clue on how gluten first started to become such a huge health problem for so many people.

MELISSA MELTON is a co-founder of TruthstreamMedia.com, where this article first appeared. She is an experienced researcher, graphic artist and investigative journalist with a passion for liberty and a dedication to truth. Her aim is to expose the New World Order for what it is — a prison for the human soul from which we must break free.