Dozens of Liquid Minerals
Theta Minerals are the purest liquid minerals around, and th...


Dozens of Liquid Minerals
Theta Minerals are the purest liquid minerals around, and th... 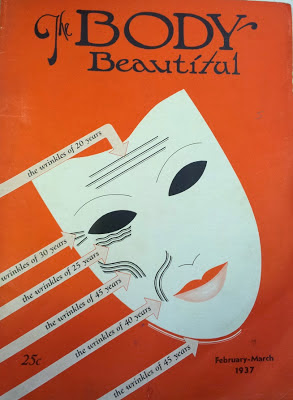 I found a fabulous magazine on ebay, "The Body Beautiful", published in 1937. It's an early health magazine for women. It was published by "Beauty Publications Company" based in Chicago, Il. From the advertisements in the magazine for various vitamin and mineral supplements, I am guessing that this publication was devised as a vehicle to sell those supplements.


I purchased this magazine because "iodine baths" was listed as one of the subjects. There are a couple of photos of iodine beauty treatments in an article entitled "A Woman's Heart Never Wrinkles", ...but... the article is strange for a few reasons., the first being that with the exception of the subject lines below the pictures, the word "iodine" is not to be found in the article. The article consists of wisdom gleaned from a mysterious Professor Bela____ from Budapest(how exotic!).


From the article: "It is in Budapest where women are loveliest and most feminine. It is in Budapest where men retain their masculinity and agility the longest. That now famous poem "The Breast of a Lady in Budapest" was written to a woman artist and sculptress over fifty years of age."  Famous that poem may have been, but it now appears to have been lost to time..


And there are vague allusions to a mysterious serum, "The wonderful neo-serum has been tried and proved in rejuvenation. Glandular therapy has lured back the youth cells into the bodies of slipping men and women. Where a few years ago only the extremely wealthy could be rejuvenated by transplantation processes, today men and women of moderate means, without injections, without the knife, can rebuild themselves in their own homes. The heart can show it's youth again when it can express through a rejuvenated body."

The mysterious Dr Bela _____ states: "I have become anything but popular in the eyes of other surgeons because of my emphatic statements that proper feeding, rebuilding and drugless methods can rejuvenate."


So there it is- the article never states what, exactly, this wonderful therapy is with the exception of references to the "neo-serum" . I will suppose that the "glandular therapy"', "neo-serum", etc., contained iodine in some form as well as thyroid hormone.


If we are to take the photos accompanying the article as a hint then bathing in iodine and swathing the face in an iodine mask were also important components of the Budapest Beauty Ritual. 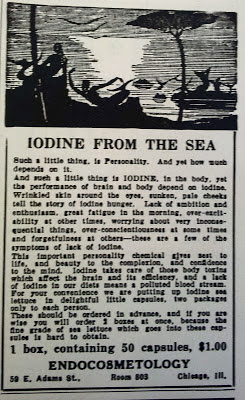 I have seen iodine baths referenced in other old writings, most notable M. Lugol's pioneering use of the "ioduretted bath". Iodine baths are also suggested usually as a means of weight loss(accompanied by massage), and as a means of clearing up skin afflictions in old beauty manuals.


I was hoping for more from this article. Hey, the pics are good though, and there are also many ads in the magazine for iodine-containing supplements. The article is poorly written and vague, perhaps it was a teaser to whet the appetite for the forth-coming "neo-serum" supplement.


This is a valuable piece of iodine history, in my opinion. Please note in the clips below, the "irradiated" iodine. Radiation was, at that time, one of the new miracles of medicine. The ads vary between the irradiated iodine supplements and iodine from the sea. At least the health-giving properties of iodine were known at this time! 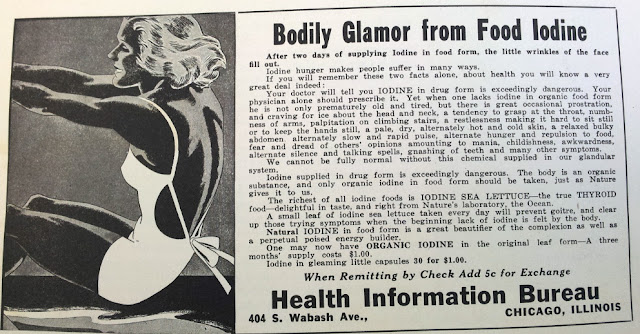 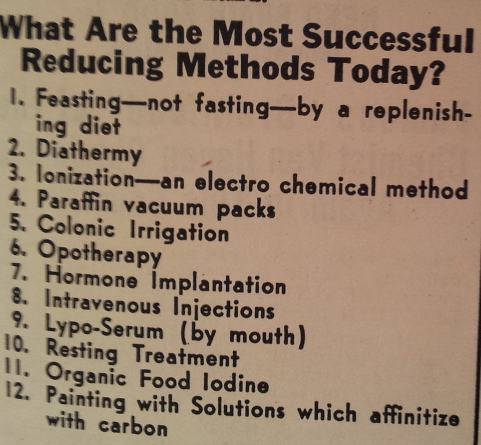